This was my first trip to Colorado to ski. I’ve been to Utah twice. A bunch of ski instructors from Cascade and the NASTAR racers were heading out to CO to ski and it worked out that I could go.

I got there on Wednesday and the whole area, including Denver, got like 13" the night before. The airport was full of people so my plane my have been one of the first bunches that could get in. I got a car and headed out to Frisco to meet Tim and Penny. Before meeting them, I ran over to Breckenridge to just check it out. I got there too late to ski (only an hour and a half before closing) but I checked it out. Very luxurious and the runs looked nice. The town is cool – like a ski town post card or something. Little shops and very rustic looking. Very cool. A tourist trap for sure. I stayed with Tim and Penny that night.

We woke up Thursday and headed over to Arapahoe Basin ("A Basin") and did some skiing there on a nice, sunny day (bluebird!). I rented some nice Rossignol skis that day, took a few runs on the front side to get used to them and then we headed into the back bowls and did those a while. The day seemed short but we got a lot of skiing in. There wasn’t a whole lot of different terrain there but it was a good warm up for Colorado skiing.

Friday I went to Erika and Mark’s place, saw Arnie and John Hamaker there and picked up my skis that they brought for me. I met Tim and Penny at Beaver Creek and there was snow falling all day, which was great. The runs were amazing. I really like the layout there and I found plenty of runs that I just loved. I met Paul from Cascade there (because I noticed a Cascade jacket in the crowd) after I took a whiz at the Ritz Carlton Hotel at Beaver Creek (had to see what that was like).

That night, I went back to Erika and Mark’s and them and Arnie and I went out for dinner at a nice place. It was my first time eating crab cakes and I liked them a lot. I ended up staying at their place that night. Thanks for accomodating me that night – you both were very gracious hosts!

Saturday morning was kind of crazy. First, I had a headache (too much wine does that kind of thing apparently) then I could not find the key to the rental car. We looked everywhere. Finally, I found it under my suitcase. Duh. I get to Vail to ski with John and his son and try to get my boots on but they’re frozen from being in the car all night. I put them under the heater in the car and they finally warm up after about 15-20 minutes. I’m at Vail, trying to get over to where John is and on the way, I go up a lift and a snowboarder locks his strap on his binding with my ski brakes as we’re getting on a lift. We somehow untangle that on the chair on the way up.

I finally met up with John and his son and we did some crazy skiing in all the powder coming down. There was 8" of fresh pow when we got there and it was steadily snowing all day. Awesome conditions. The locals were calling it the best day at Vail all year. He took us through some really great powder runs and I don’t think I’ve ever worked so hard skiing in my life. It was worth it though. You get a huge sense of accomplishment making your way through some really thick powder down a long, long run – many times. Wow, what a great day of skiing. It kicked my butt but it was great. The best day of my trip!

I drove to Winter Park that night and got a hotel. It was snowy conditions all the way up there but it’s a good thing I know how to drive in that. The guy in front of me was having trouble.

On Sunday, I went to Winter Park and met up with Glenn, Todd, Bernie, Gavril and met Neil. They were all involved in the NASTAR finals. Gavril made it to the final race and ended up taking third overall! Congrats!

We then did some skiing through Winter Park. It’s not as big as Vail but has very good variety, huge back bowls and nice, long runs. We had a beer on the deck afterward since it was really nice and sunny and warm out. And we got some really good pizza that night, which hit the spot.

Monday morning I checked out of my hotel and headed back to Winter Park. I met up with Glenn and Todd. On the way up, we met Lisa who was there by herself skiing. We took her on a few runs and her and I ended up skiing together the rest of the day. I gave her a few tips but we had fun making our way around the area. She seemed to like falling down and laughed a lot when she did. She did well for her first time out in Colorado skiing.

I headed back to the airport to leave but had to pick up a ski bag, which put me behind and I missed my flight. I ended up staying in Denver that night, got up at 3am on Tuesday morning and caught a 6am flight through O’Hare to Milwaukee and finally got back to Madison mid day yesterday.

What a great trip. Below are some pictures.

This site uses Akismet to reduce spam. Learn how your comment data is processed. 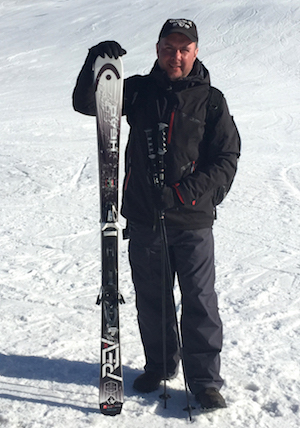 Hi, my name is Tony Herman and I’m a PSIA Level 2 Ski Instructor teaching at Cascade Mountain in Portage, WI. I’d love to ski with you and see if we can work together to improve your skiing.

I teach beginning and intermediate group and private lessons to adults. I’ll also teach private ski lessons for kids. Find out more about how to book a lesson with me. 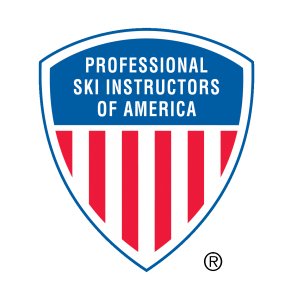 Want to Tip Me?

Maybe you forgot or just want to make sure I know you appreciated my lesson - tip me via PayPal.

The views expressed are entirely my own. These views do not necessarily reflect the views of Cascade Mountain or of the Professional Ski Instructors of America (PSIA).